This case has been dealt with a bench of Justices AK Sikri and Ashok Bhushan. On August 28, 2018, the bench had held in reserve its verdict. In its judgment given on October 23, 2018, the court said only green firecrackers, which are less polluting, will only be allowed for sale. Besides, the court banned the online sale of firecrackers and put a stay on e-commerce portals from selling them. The court also imposed a perimeter restriction on both decibels as well as emission norms. 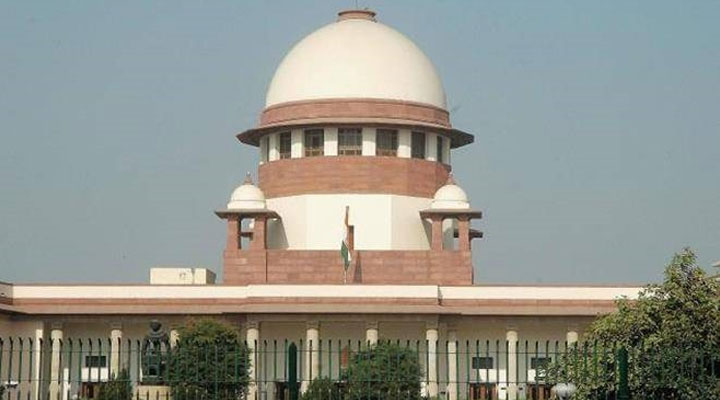 According to the court’s verdict, people will be allowed to burn crackers between 8 pm and 10 pm on Diwali while on Christmas and New Year, the timings are from 11:45 pm to 12:15 am. The court has also engaged all states to sightsee the possibility of community cracker bursting during festivals.

Getting back into the details of the case, a Writ Petition i.e. Civil No. 728 of 2015 was filed on September 24, 2015, on behalf of three infants. The infants were just aged 5 months, 5 months, and 14 months, respectively. This petition has been filed through their parents, who are concerned very much about the health of their children. According to them due to the distressing squalor of the air quality, which was leading to severe air pollution in the city of Delhi, their children’s health might be spoiled. 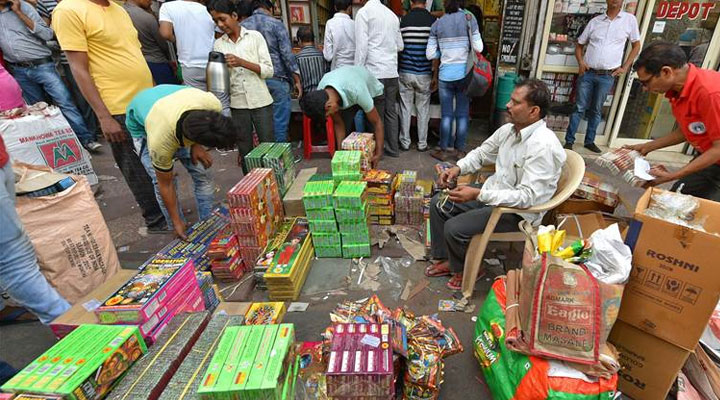 The verdict was given after more than 3 years. In my opinion, the verdict given by the Apex Court is welcoming for the reason that it has not imposed a blanket ban on the sale of firecrackers while striking so many restrictions on the usage of firecrackers that would in turn ensure the environmental protection to a certain extent — if not completely.

As far as Diwali, the Hindu festival of lights is concerned, it is celebrated to symbolize the spiritual victory of light over darkness, good over evil and knowledge over ignorance. During the celebration homes, offices, and business areas are radiantly floodlit. However, with the changing times, the congenital meaning of the festival also changed to an inordinate point. The lights have been replaced with the firecrackers. Thus, the hidden connotation of the festival itself is transformed. 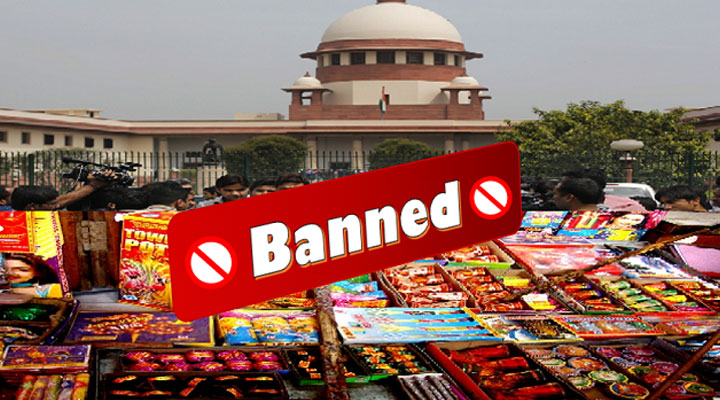 In India, almost every festival, these days, has become a source of problematic incidents. Let it be Holi, Dussehra or Diwali — besides the joyous celebrations, there have been concomitant perils. We often hear about the loss of lives during the pointed out festivals and beyond. For example, the recent Amritsar train accident was a case of a pure human error that was caused due to the noise generated by the firecrackers.

In my view, the judgment given by the Supreme Court is genial because the ban on firecrackers is more or less accompanying with religious sentiments. For sure, a complete ban on the firecrackers would have led to another parallel status quo like what is going on in Sabarimala after the Apex Court’s verdict. So, not considering an unmitigated ban, while drawing so many precincts, which compensates a great loss in itself, is a good outcome from the Apex court.

One of the best things that won over me much is — the court asked the states to explore the possibility of community cracker bursting during festivals. It is the need of the hour. Instead of wasting billions of rupees on firecrackers, small sections of people may come together, assemble and enjoy the cracker show. Such a thing has been in practice in various organizations like the Indian Air Force. It gives both the feeling of coming together for gratification, apart from wasting of the money and material. At the same time, it can control environmental pollution to a greater extent. 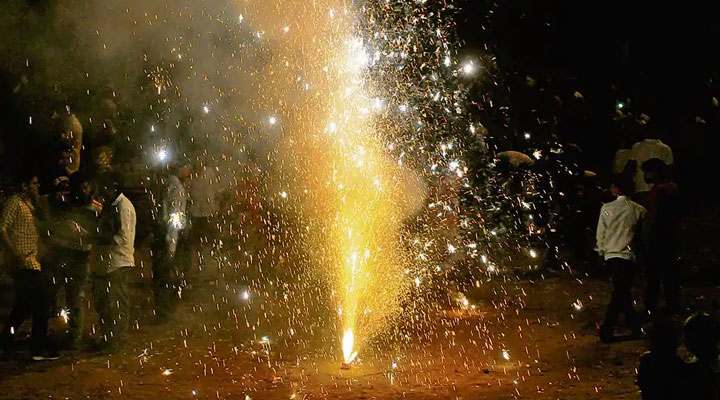 Secondly, the court has restricted the timings to burn firecrackers. It is another warmest thing for the reason that as there were no restrictions in the timings, it has been a practice that people start burning the firecrackers as early as 4 a.m in the morning till almost the same time on a coming day. Such a run through not only creates sound and air pollution but also infuriates the people ailing from various diseases.

In concluding words,  the Apex Court’s verdict on the ban on the firecrackers is convivial. Nonetheless,  the consequences would also become convivial only when the judgment given by the Supreme Court is followed in both in letter and spirit. The responsibility for the same lies on each and everyone’s shoulders. Let’s make on the horizon Diwali festival, a pollution-free festival of lights!