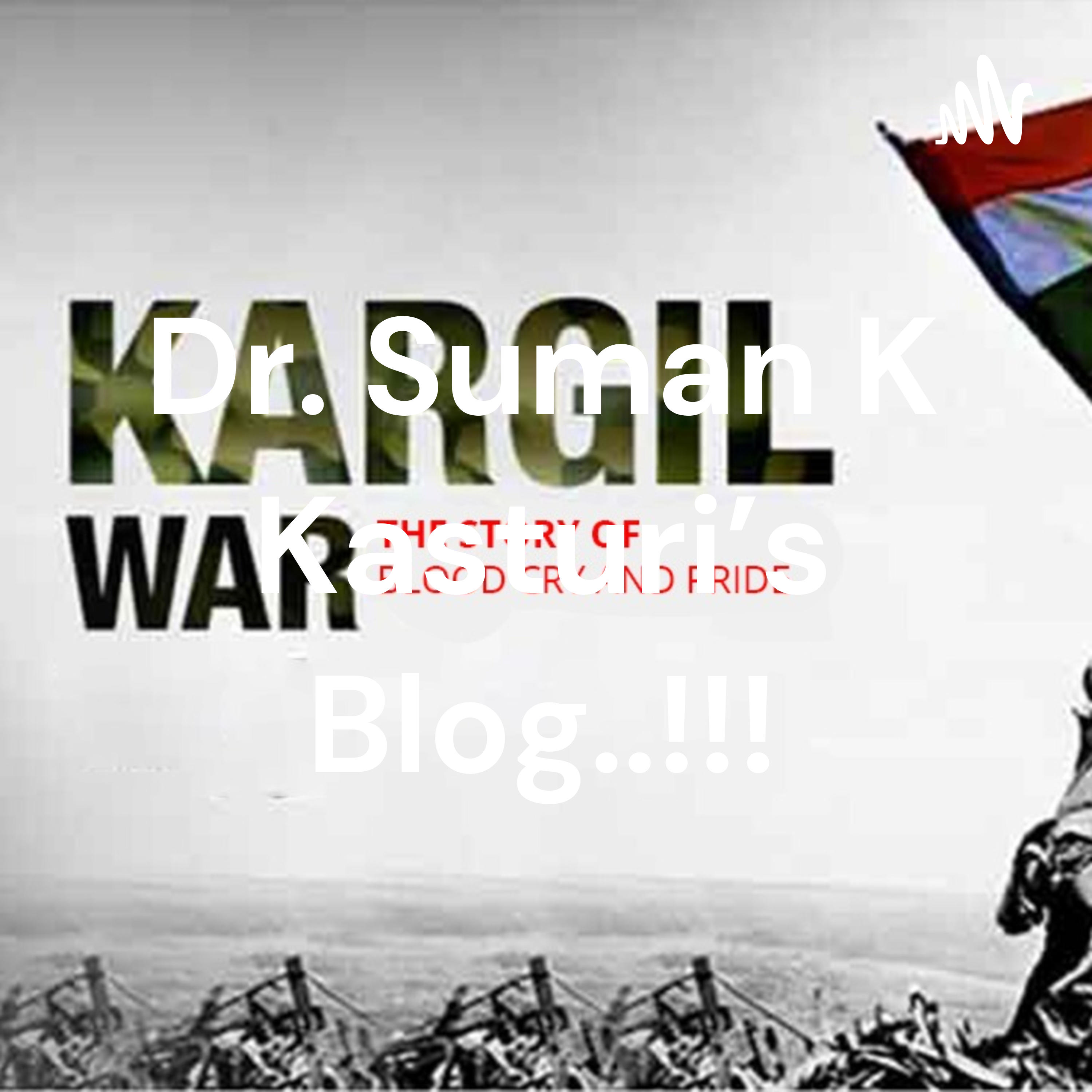 This episode is also available as a blog post: https://sumankasturi.wordpress.com/2022/05/01/rambo-a-review-by-dr-suman-kumar-kasturi/

Complacently India is celebrating the twenty second anniversary of Kargil Vijay Diwas today — to streak the victory of Operation Vijay. At the opening, I would like to express my nostalgia that as a young Air Warrior, I was a partaker, full of zip, in the Kargil War that came to blows for more than two months. It was on July 26, 1999, India efficaciously took command of the high outposts that were otherwise lost to Pakistani intruders.

It has been customary that every year this day is celebrated in the national capital as well as in the Kargil–Drass sector. For this occasion, several programmes are prearranged all over the country — to venerate the contributions of the armed forces. As well, the Prime Minister pays homage to the martyrs at Amar Jawan Jyoti at India Gate. For many people, these celebrations are sheer get-togethers. Nonetheless, the fundamental objective of these carousing through nationwide campaigns is meant to arouse a feeling of nationalism and patriotism, particularly amongst youth.

Insofar as Kargil War is concerned, indubitably, Pakistan had a much of the circumstantial preparation that took account of the building of logistical supply routes. The war occurred due to the infiltration of the Pakistani soldiers into locations on the Indian side of the Line of Control (LoC) that functions as the de facto border between India and Pakistan. It is worth mentioning here that the Pakistani soldiers infiltrated in the guise of Kashmiri Militants — documents left behind by casualties are the evidence of this fact.

According to me, it was a war between two sides — having Pakistan on one side with a concrete plan, and India on another side to face an unanticipated contingency. Despite the fact that India was not very much ready to face the situation, the Indian Army, which was supported by the Indian Air Force, recaptured a mainstream of the intruded areas on the Indian side of the LOC. Far along, bowing to the international diplomatic antagonism, the Pakistani forces were pulled out from the residual Indian settings along the Line of Control.

In effect, usually, the term Territorial Imperative is used in the milieu of ‘total war.’ Obviously, the Kargil War that was fought for more than sixty days resulting in India’s victory is not less than any ‘total war.’ The territorial imperative is the need to claim and defend a territory. It could be well-thought-out as the way the fighting forces use space, weaponry and strategies. The entire thing booms territorial imperative.

The initial situation in Kargil War was to confront a condition wherein the Pakistani infiltrators occupied such sporadically inhabited region as Kargil, which is located in isolated valleys disjointed by some of the world’s uppermost mountains. In order to encounter such situation, there was certainly a demand from the top brass of the Indian Army to execute great forward-thinking on top of numerous administrative and wartime strategies. There is no doubt that the Indian Armed Forces were effectual in taking up such a challenge and defend our territories.

On the other hand, game theory is the study of scientific models of strategic communication between balanced decision-makers. It has solicitations in all fields of social science. In the beginning, game theory spindles zero-sum games, in which one person’s gains result in losses for the other participants. As far as a zero-sum game is concerned, there is always a calculated demonstration of a situation in which each participant’s gain or loss of function is precisely well-adjusted by the losses or gains of the function of the other participants.

Going back to our context of the discussion i.e. India’s triumph in the Kargil War, our side has definitely achieved what a zero-sum game in game theory intends to. In my viewpoint, the peace-time training of the Indian Armed Forces has achieved a very objective. Palpably, what Indian Armed Forces have gained through their immaculate peace-time training has resulted in the loss of the opposition. Also, sensible strategic communication has played a key role in India’s triumph.

The third connotation for the victory of the Kargil War that I would like to imply here is the Minimax principle. Minimax approach is an administrative principle by which when offered with two conflicting strategies, by the use of logic, one should determine and use the strategy that will minimise the maximum losses that could occur.

Again, turn back into the success of India in Kargil War and applying the minimax principle, it is substantial that Indian Armed Forces, by restraining themselves from making the situation more offensive, have definitely minimised the maximum losses that could have otherwise occurred. It was definitely a strategic move as concerns India because the Kargil War was purely a startling upshot in India’s war history. While confronting a situation that was not estimated, if the more offensive strategies were embraced, unquestionably it would have ensued in a great loss rather than paybacks. Evidently, Indian Armed Forces have adopted a self-induced war strategy of restraint in keeping the war limited to the Kargil sector.

Definitely, India’s conquest in envisaging such an unforeseen eventuality and win over the well-equipped opponent in the Kargil War has spotlighted India’s preeminent vigilance to encounter such situations. The Kargil War is a saga of resilient political, military and diplomatic engagements; and it will always be conjured for the strategic and tactical surprises. In concluding words…India’s victory in the Kargil War modestly reverberates, “the more you sweat in peace, the less you bleed in war!”

This episode is also available as a blog post: https://sumankasturi.wordpress.com/2022/05/01/rambo-a-review-by-dr-suman-kumar-kasturi/