In this seemingly preplanned attack, the attacker allegedly got into the VIP lounge to serve coffee. He then approached Jagan Mohan Reddy, who was sitting with his followers, requesting for a selfie with him. When Jagan accepted, Sriniwas allegedly conjured to take a picture and then struck him with the knife. 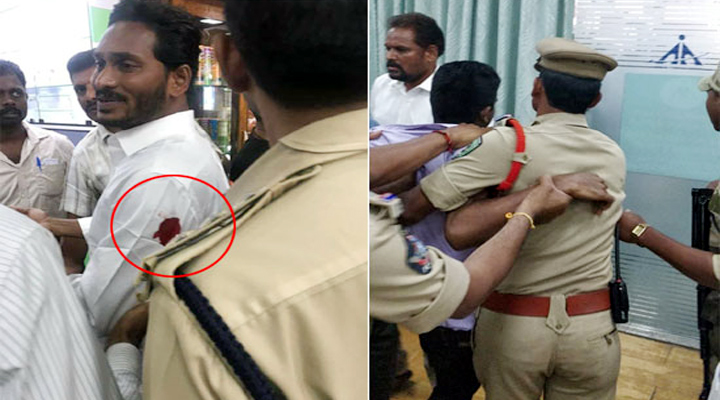 Despite the fact that the wound is not deadly, this sudden happening exposed the unexpected lapses in security at the airport, where each person is vetted with metal detectors. The CISF cannot be censured fully — because — the attacker happens to be an employee of the airport run restaurant, who holds a valid security pass.

According to the police, the assailant has done it for profile-raising. There is no doubt that such attacks have become a fashion in recent times as the attackers’ ploy tends to become popular (notorious might be the exact word) without much effort as such. What the police have opined is definitely one of the most valid points.

The attack on Jagan is not the first in case. Many numbers of physical attacks have taken place in recent times — both domestic and abroad. In the pretext of having a selfie, in the past, once Pawan Kalyan was also about to get attacked by a so-called fan of him. Moreso, Aam Aadmi Party chief Arvind Kejriwal was attacked by an unidentified person during his campaigning in the Dakshinpuri area of South Delhi on April 5, 2014, prompting the former Chief Minister to cancel his roadshow abruptly. For that matter, he was attacked as many as five times in a span of one and half years. For the first time, he was attacked in November 2013. Nachiketa Vaghrekar, a self-claimed fan of Anna Hazare attacked Kejriwal with black ink.

In a similar attack that took place in March 2014, Arvind Kejriwal was again attacked by some unidentified people, who threw ink at him. The frantic people even threw eggs at the open vehicle in which Kejriwal was traveling.  Apart from ink attacks, Arvind Kejriwal has also been hooted and confronted physical attacks on multiple occasions in the past. 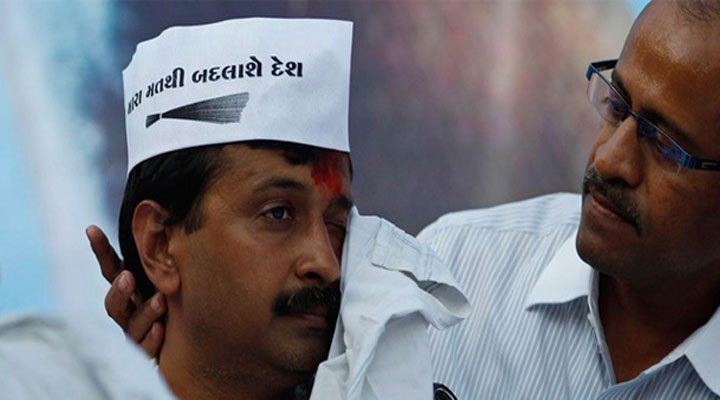 During the 2014 Delhi Assembly election campaign, he was attacked during his roadshow in south Delhi’s Dakshinpuri area. Jut within four days, he was attacked again during his road show in the Sultanpuri area of Delhi. He was slapped twice by an autorickshaw driver, who garlanded him. In the latest incident, Bhavna Arora, a woman, attacked Kejriwal with ink alleging an NCG scam in Delhi. Surprisingly, this incident happened after Kejriwal has assumed the power.

The intention behind giving a detailed picture of attacks on Arvind Kejriwal is just to bring out the unceasing attacks that took place on a targeted politician. Even after him becoming the Chief Minister, he was attacked once. This clearly shows the security lapses.

In view of the ongoing attacks, there arises a need for tightening of security at public places wherein there is a hidden threat. If such unfortunate incidents are not cramped, it is likely that such attacks may become an approach in style, resulting in targeted attacks on top brass of politicians and the famous cinematic figures too.